The exhibition tells the story of skateboarding from the late seventies to the present day in Budapest – a hobby that became an alternative sport. The presented material aims to introduce a way-seeking generation in the context of the changing city and the local interpretation of the ‘western’ lifestyle, reflecting on characteristics like creativity, risk-taking and community building.

The Deák 17 Gallery’s exhibition examines the impact of the hobby-turned-subculture skateboarding on lifestyle and youth in Budapest in the 80s and 90s. It shows the development of skateboarding, the history of design and the emergence of tricks with the help of objects, archive photos, images that clarify trends, and short, filmed interviews prepared for the occasion.

The goal of the project is to trace the history back to the exploration of a generation of youth growing up in Budapest at the end of the 70s and to the local interpretation of a lifestyle adopted by “Western” youth.  The commitment of this group of people at the time, their desire to break out by means of extremes offers a depiction of the period through the presentation of the practice and appraisal of skateboarding. “The street is not a playground” was an often heard phrase in the 80s, when street skateboarding emerged in Hungary, too, as skateboarding developed, and a fashionable hobby was transformed into a means of collective self-expression that assumed risk, bravery and falls, if necessary. The next turn in the story came after the change of system, when the circumstances of free trade resulted in the opening of shops, skateparks and visits by international stars. The 90s were the golden era of Hungarian skateboarding, when the community was at its largest and most active, creating the opportunity for the advent of a new generation of the sort who mastered skateboarding to a degree measurable on an international scale. In the years before the age of the internet, magazines, videos and domestic brands strengthened the solidarity of skaters. Since the 2000s, local councils have built skateparks, tricks can be followed on the internet on a daily basis – which inspires as well as arrests ambitions – and the opportunity for skateboarding, which will become an Olympic sport in 2020, to reach a new apex in Hungary is present. Budapest, with its unique opportunities and image, its varied topography and public spaces, offers an excellent opportunity for skaters today, just as it has in the past 40 years.

The exhibition is followed by a supplemental chronology containing photos and film with descriptive comments we have placed among interviews related to the periods in question. Following this story over a period of 40 years shows not only changes to skateboards and tricks but to the transformation of the media’s assessment of skaters. The various periods are evoked by slogans important to skaters, such as “Skate or Die” or “Skate & Create”, which are presented in the context of the exhibition. Our exhibition also has tangents important from the point of view of period depiction such as the economic and commercial aspects of skateboarding, or the changes to “skater music” that occur every decade or so, and the sport’s ties to other extreme, unconventional (extra-institutional) sports, or even the significance of the photo and video documentation of skating. This overshadows the analytical intention of the exhibition and demonstrates the reason for presenting an interesting, complex phenomena as the topic of the exhibition, one which concerns not only a lifestyle but the reactions of the generation at the time to the city, to Budapest.

The catalog of the exhibition is available to download.

The exhibition is sponsored by VANS Hungary and Budapest-European Capital of Sport. 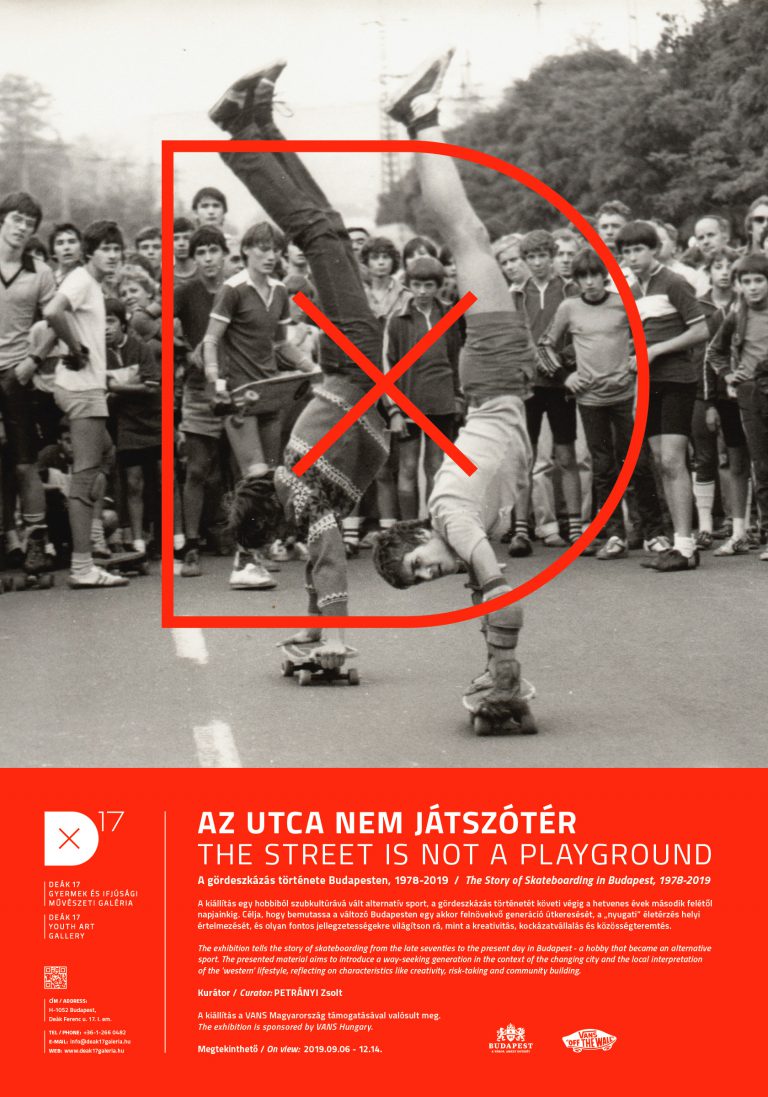 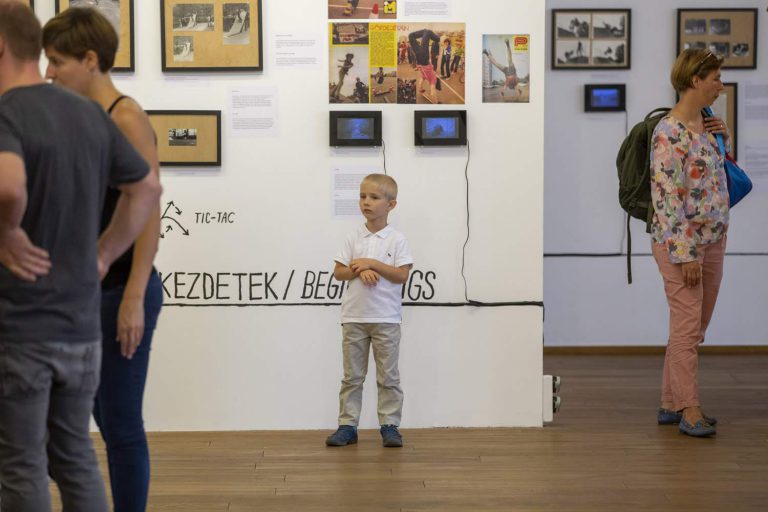 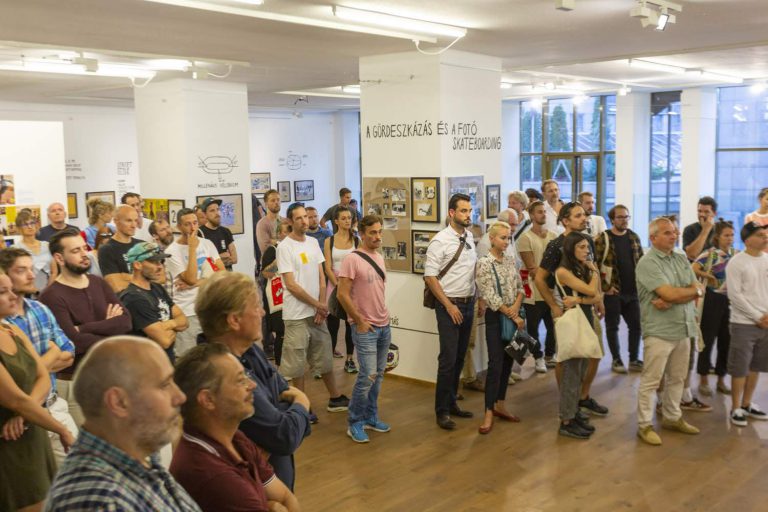 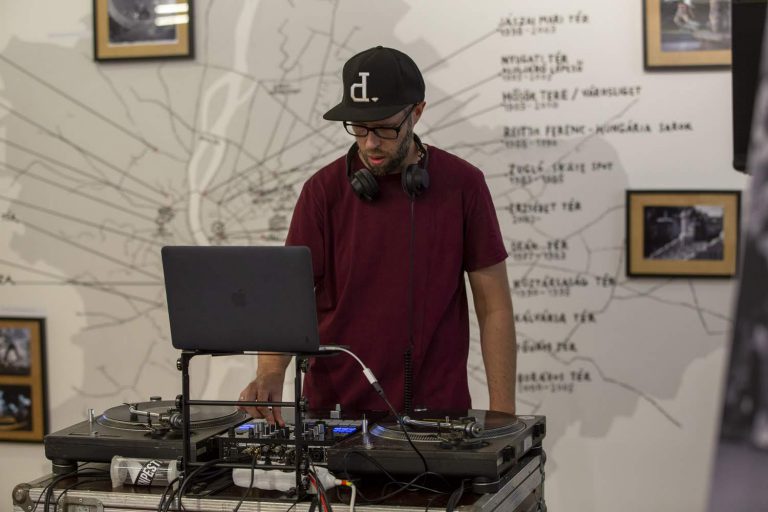 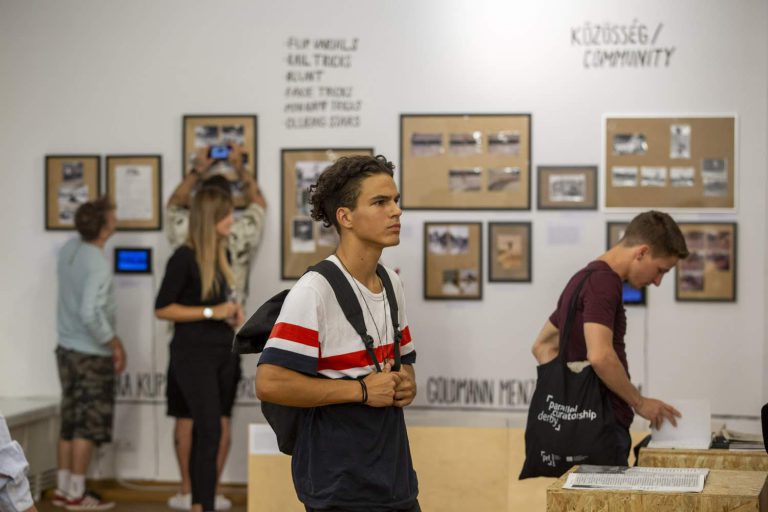 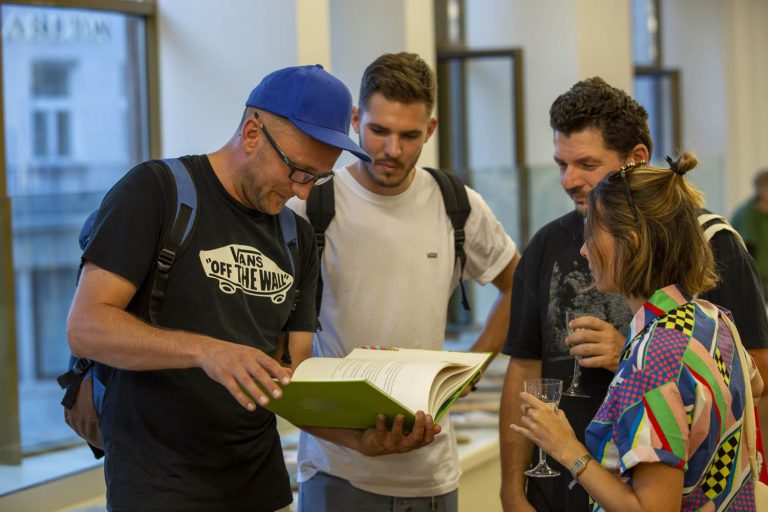 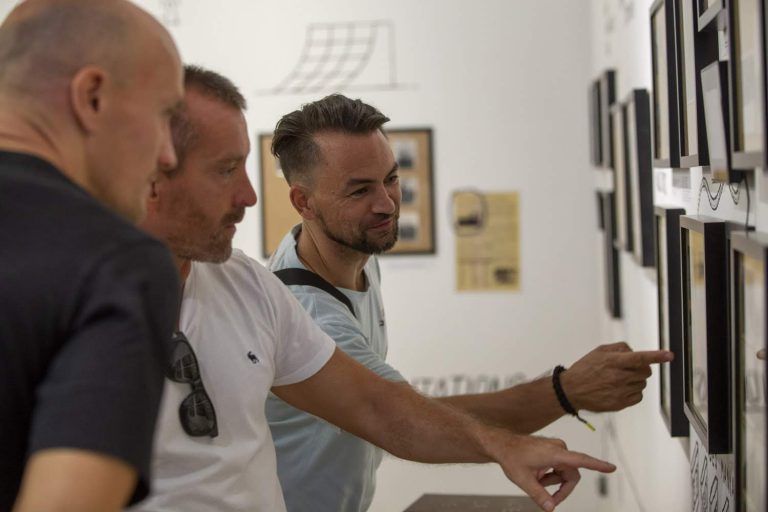 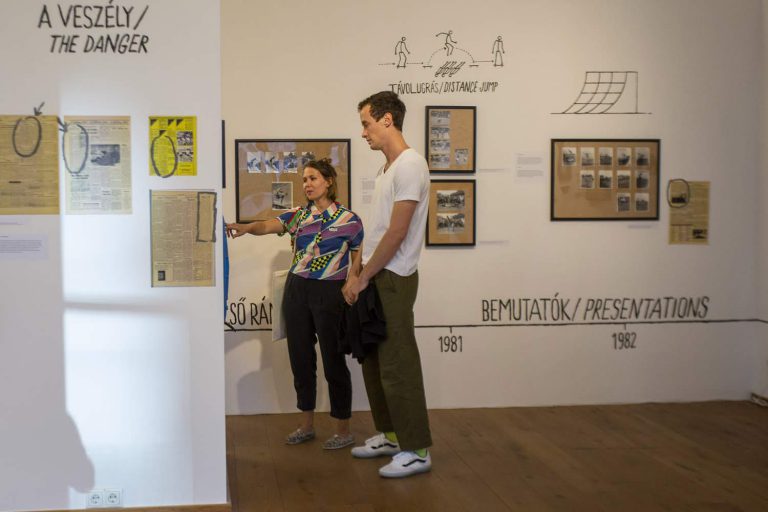 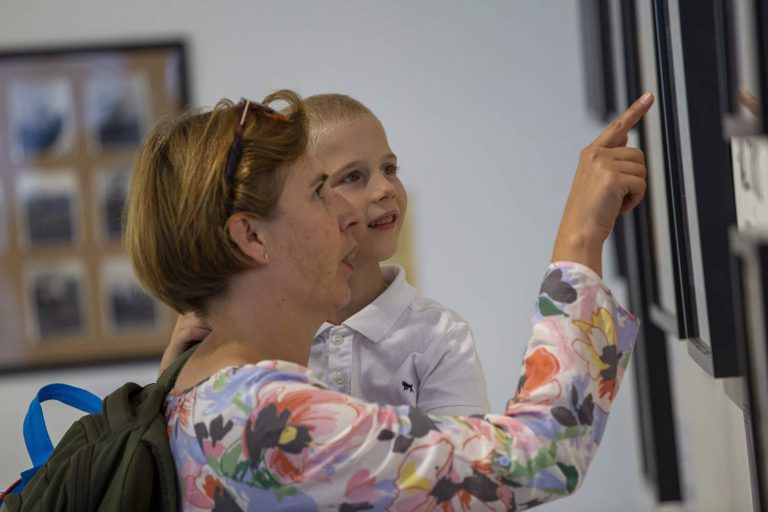 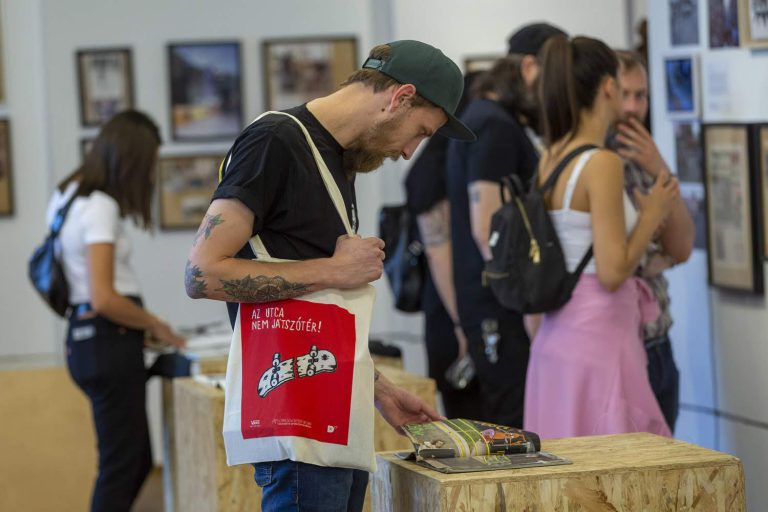 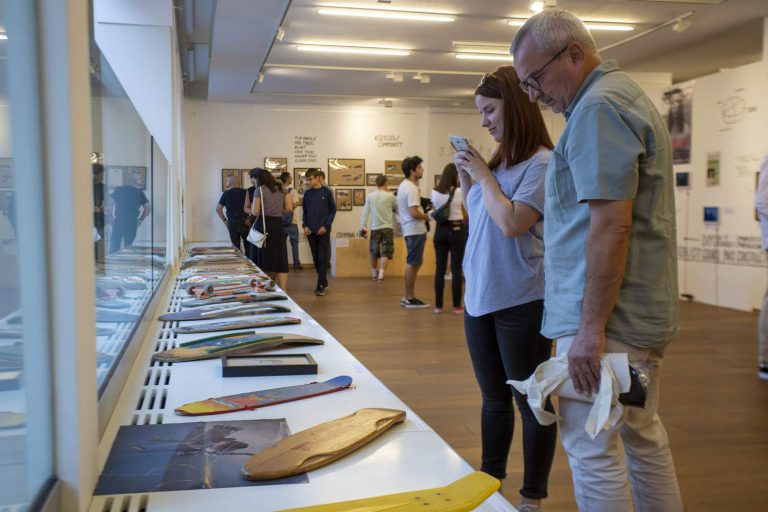 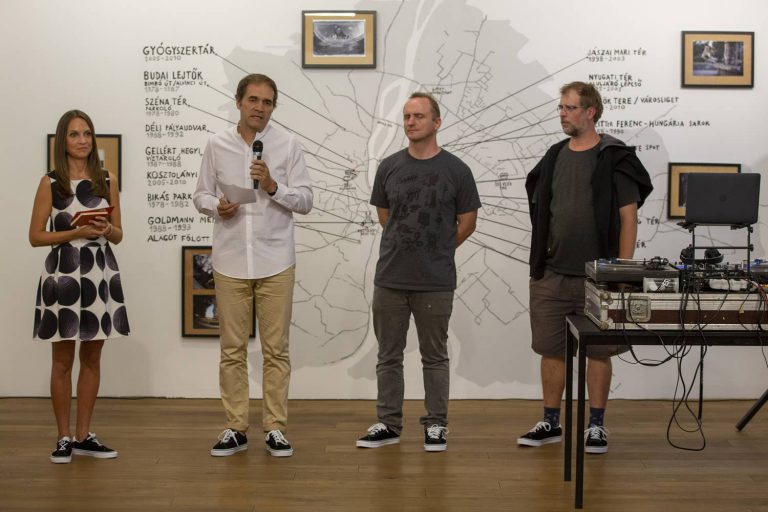 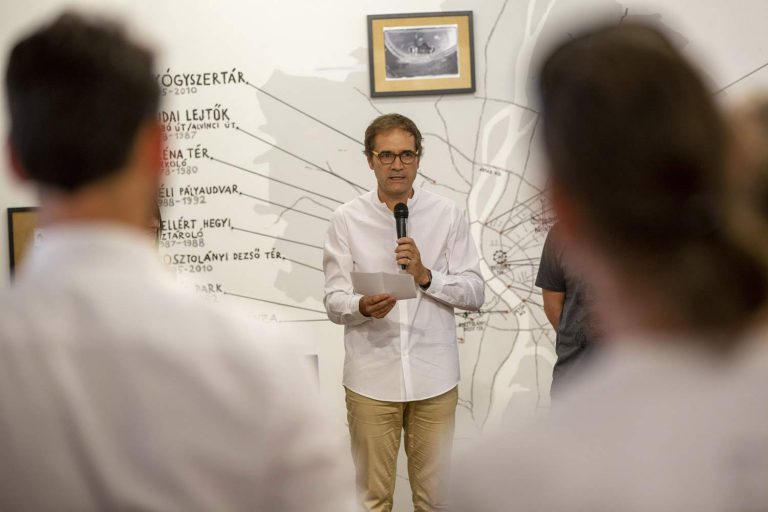 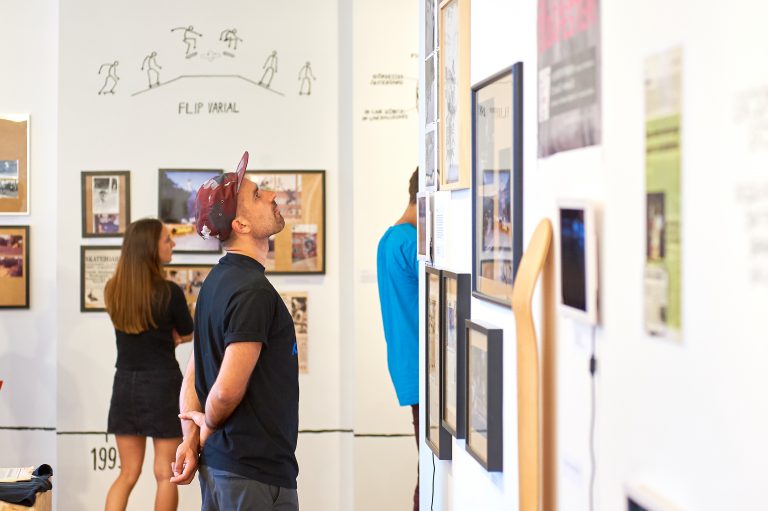 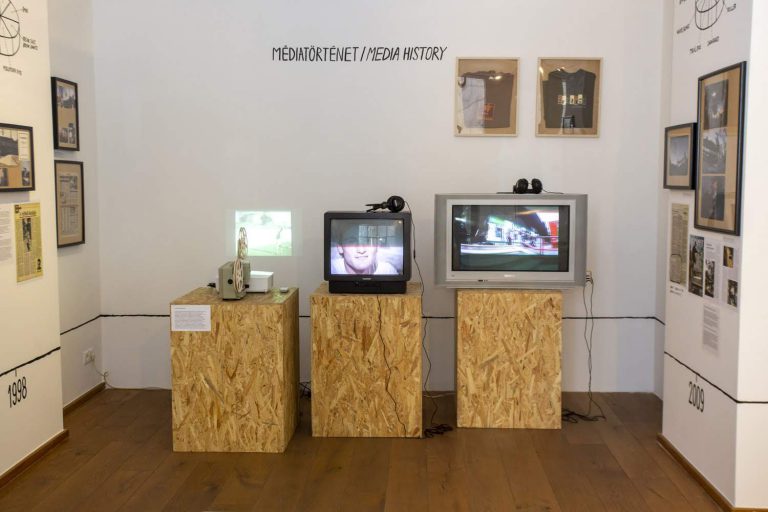 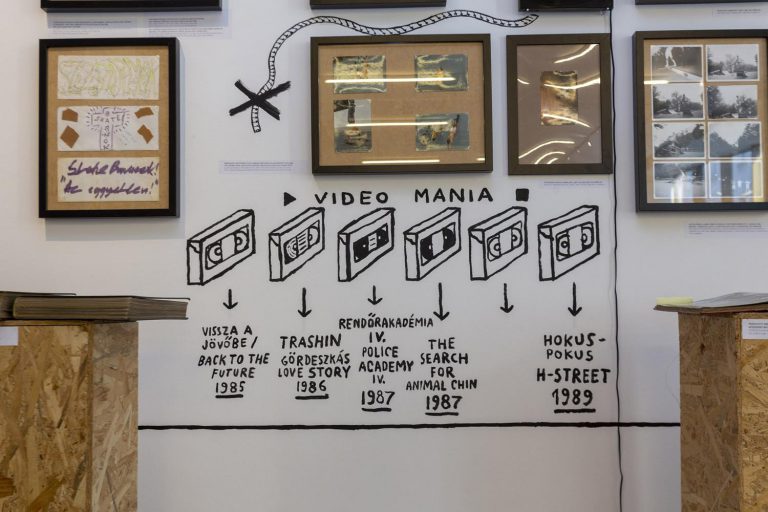 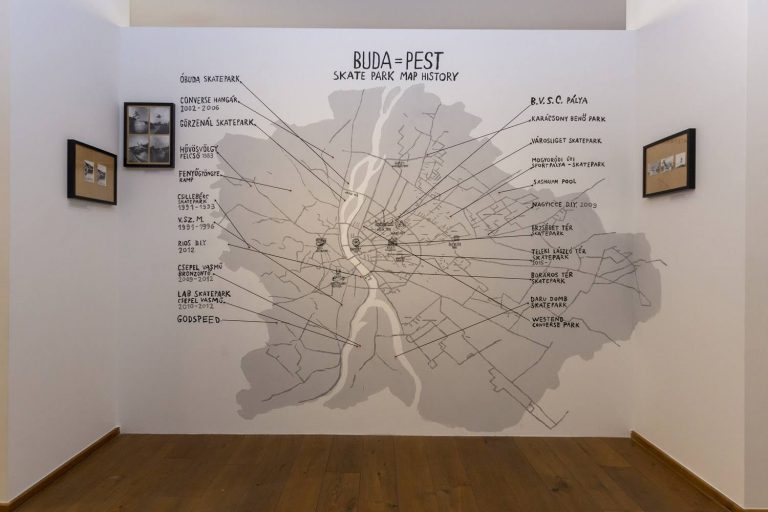 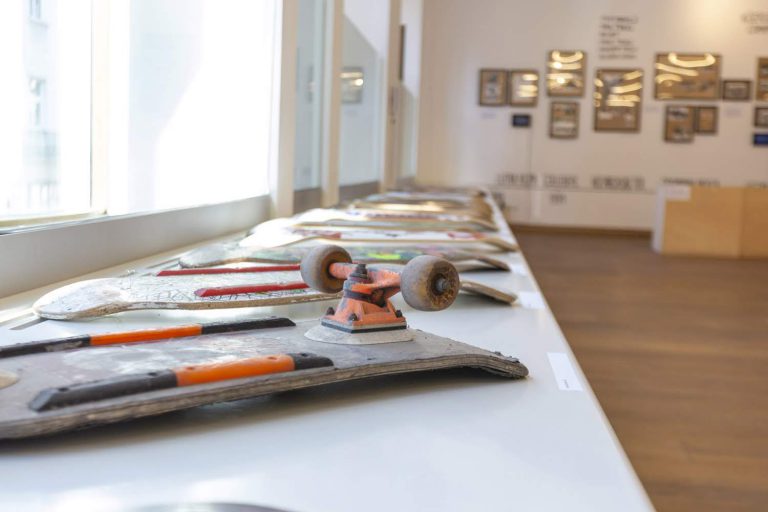 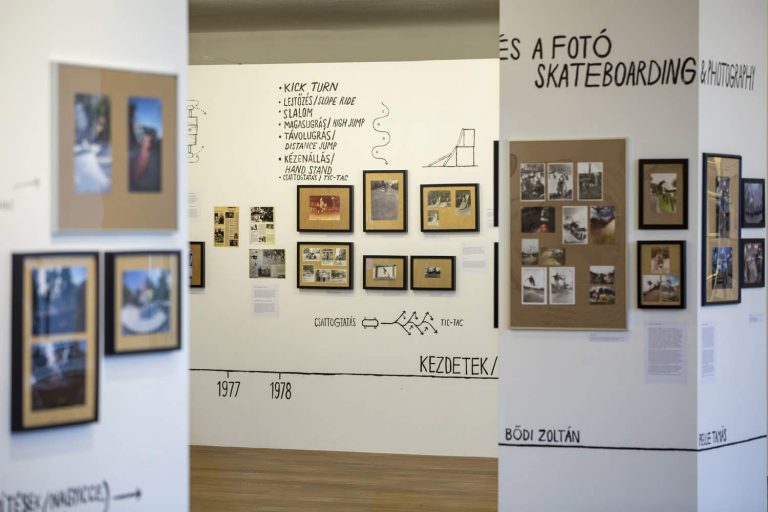 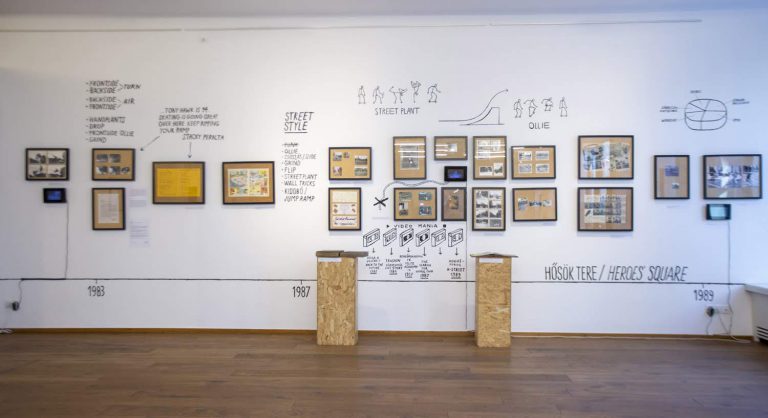 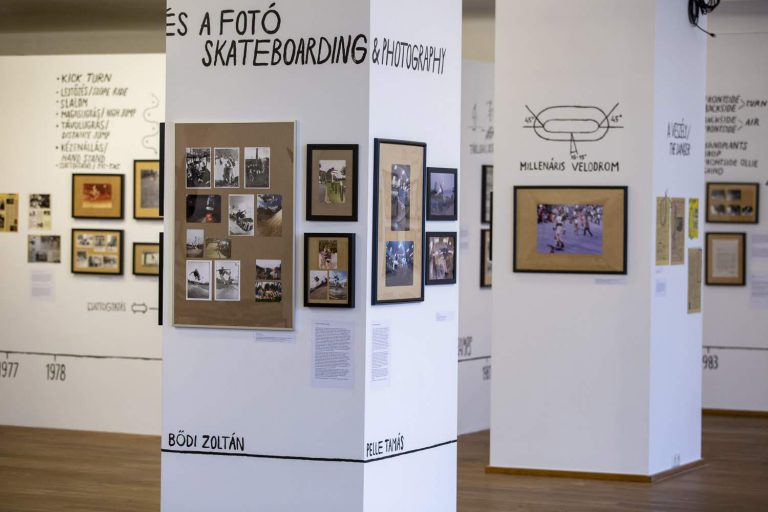 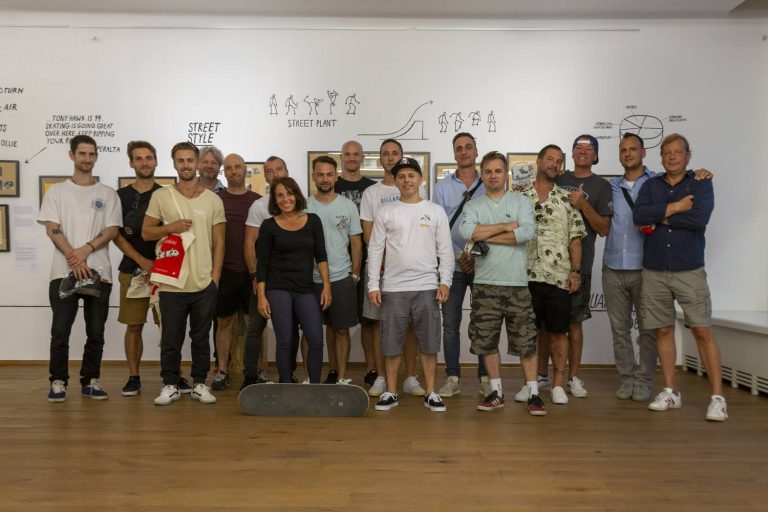