The artworks of the group exhibition use the method of embroidery in a new guise and enrich the contemporary art scene – while making us wonder about our common and private heritage as well.

Why do we embroider? In the beginning, people stitched over the seams of pieces of fabric and the more exposed parts of clothing prone to wear – cohesion, connection is inherently present in embroidery. The activity itself has a sustaining power. It’s enough if we think about how the technique is passed on from generation to generation, how mothers and daughters decorate the trousseau together, and how certain types of patterns have become proudly worn distinguishing features of one region or another. We embroider because we want to beautify our environment, or because the repetition of stitches calms and soothes. We jealously protect our objects embroidered by folk artists or family members – they are our tangible connection to our traditions, our inherited patterns; we feel in them the ritual presence of heritage.

Embroidery is surrounded by a rich and complex web of meaning. Progressive creators in the contemporary fine arts already took note of this in the 1960s. The emergence of the so-called textile movement dates from 1968, when the Ernst Museum hosted the Textile Wall Hangings ‘68 exhibition, the predecessor, by two years, of the Szombathely Wall and Spatial Textile Biennale series. Relatively closed from the attention of cultural policy, inspiration was drawn from the international stage (Lausanne, Łódź) as textile art cleared the way for the most exciting artistic experimentation of the era, and independent works of fine art, with conceptual content, distanced from traditional applied arts, were created. The artists’ connection to the materials was direct and natural, and many returned to traditional handicraft techniques, too: Árpád Buzás to knitting, Klára Cságoly and Zsuzsa Péreli to tapestry, László Pécsi to weaving – Zsuzsa Szenes, Margit Szilvitzky, Irén Balázs and Marianne Szabó (among others) to embroidery.
Traditional technique is a fertile ground for the contemporary fine arts today, too.

The exhibition includes works in which embroidery, through some aspect, has added content – where the technique is rather an excuse, an opportunity for the expression of that content. These works connect loosely to each other in a broad associative space, approaching topics from various angles. The folk-like objects made contemporary of Zsófi Pittmann and Anna Makovecz revisit, ironically, our folk-art traditions. Mária Chilf’s socially-motivated project and Judit Lilla Molnár’s transcribed objects speak of our contemporary society. Emese Benczúr’s unending embroidered texts and Lili Hanna Lőrincz’s monumental vortexes of stitches direct attention to the repetitive, meditative character of embroidery – and the sacrality of the created work is conveyed by Mariann Imre’s concrete embroidery. Personal traditions and family patterns that have been passed down appear in the works of Eszter Metzing that evoke childhood memories, in Eveline Kusnyár’s personally motivated series of photographs and in the embroidered labyrinth of Sára Richter. Old techniques intersect with the latest ones in the 3D pen creations of Krisztina Vigh, in the analogue photographs and images of Márton Emil Tóth, that harness light, too, and in the work of Zsanett Szirmay, which combines genres and makes embroidery patterns audible as music. The image of embroidery as a solitary activity is questioned by Eszter Ágnes Szabó’s communal embroidery project on which every visitor to the exhibition may leave their own mark. All the artworks add something to what we consider tradition. The aim of the exhibition is to make us reconsider our common or private patterns – while give a glimpse of a specially interesting layer of contemporary art. 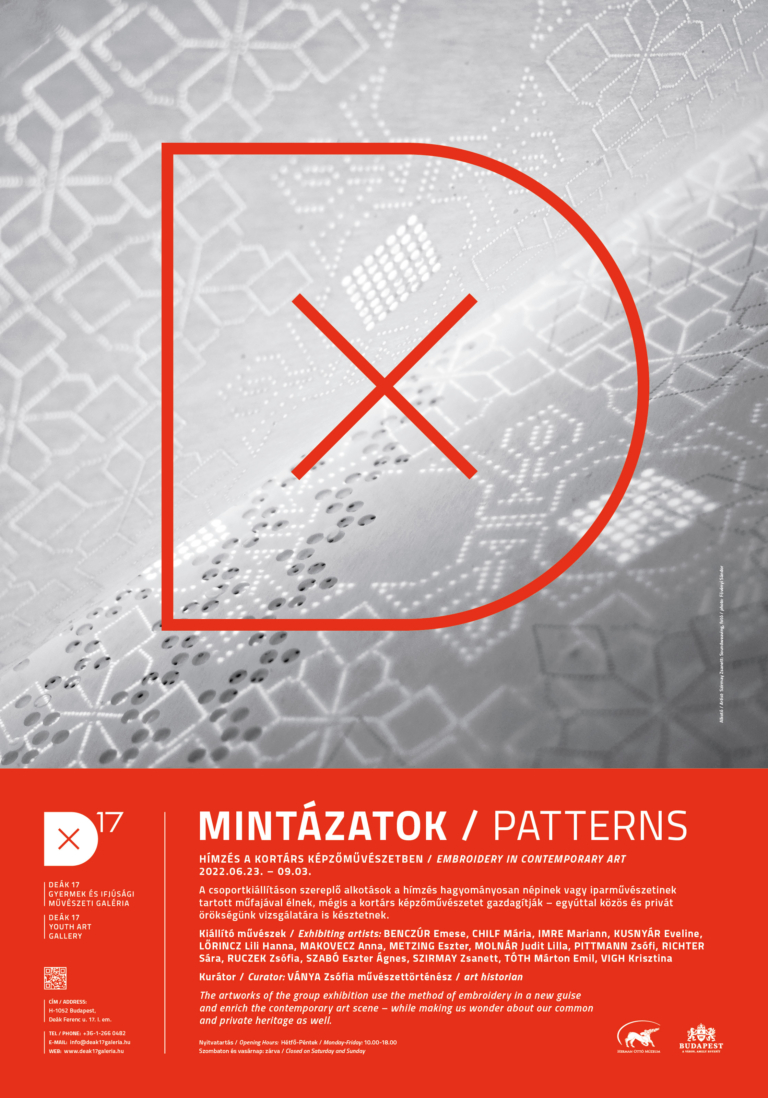 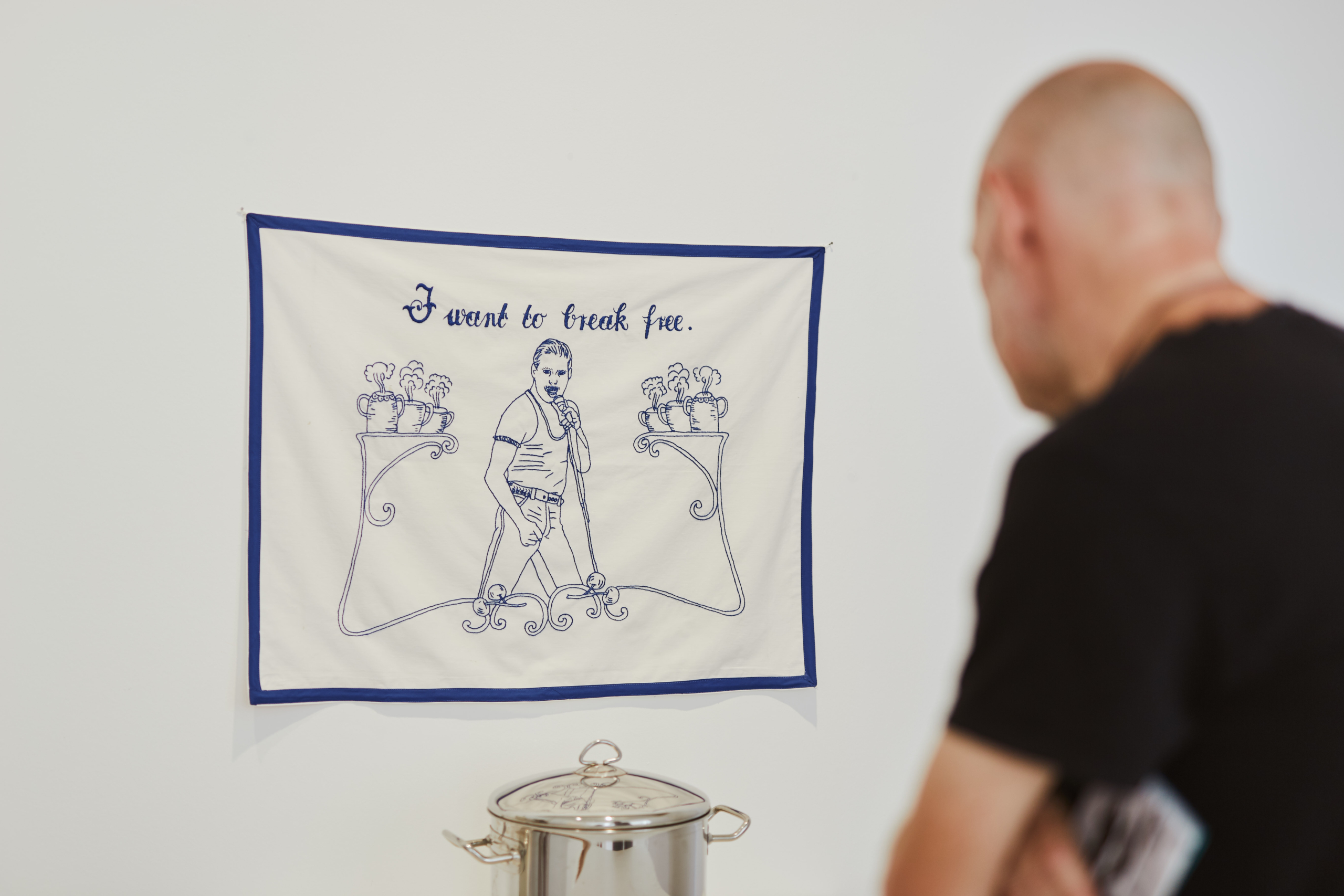 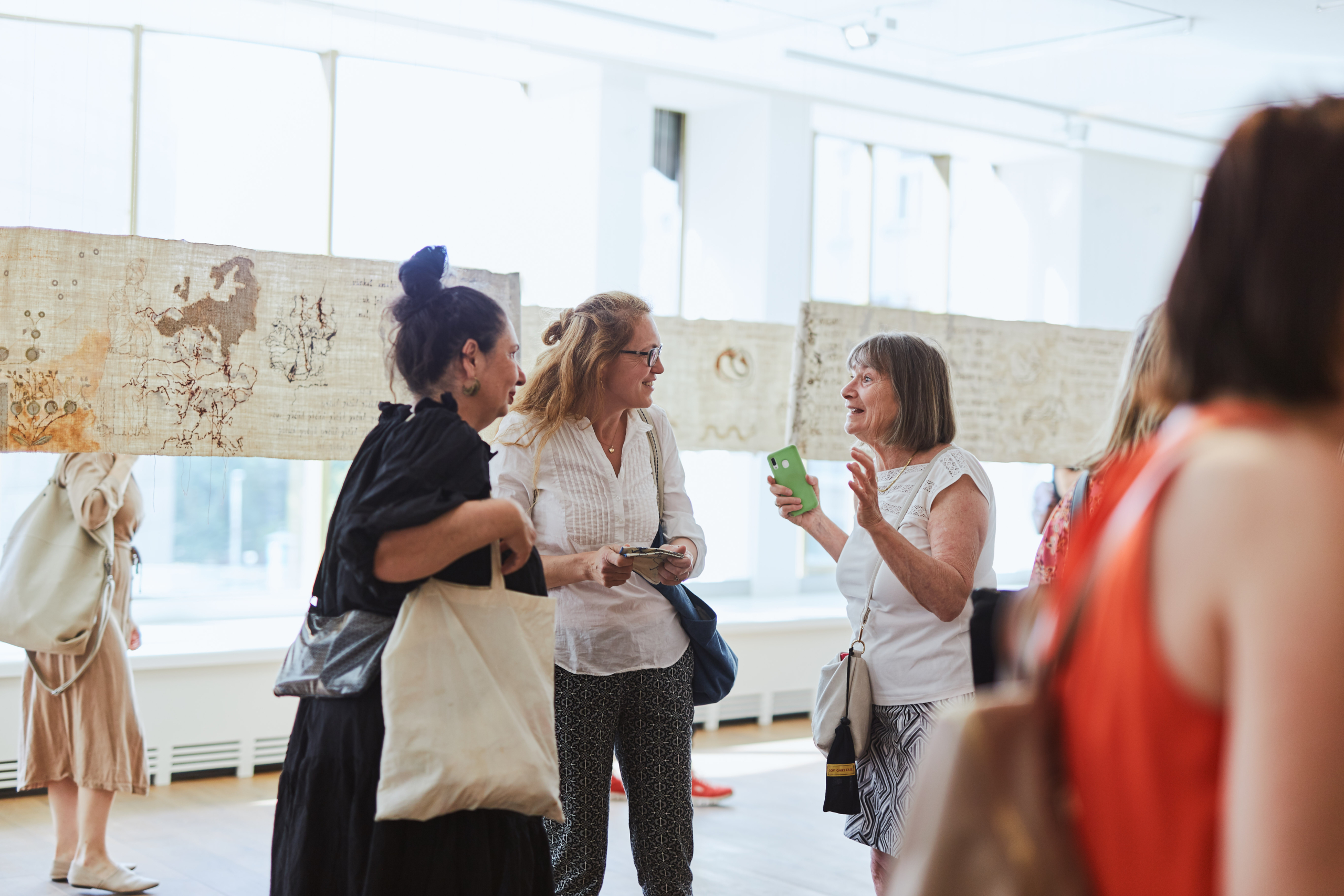 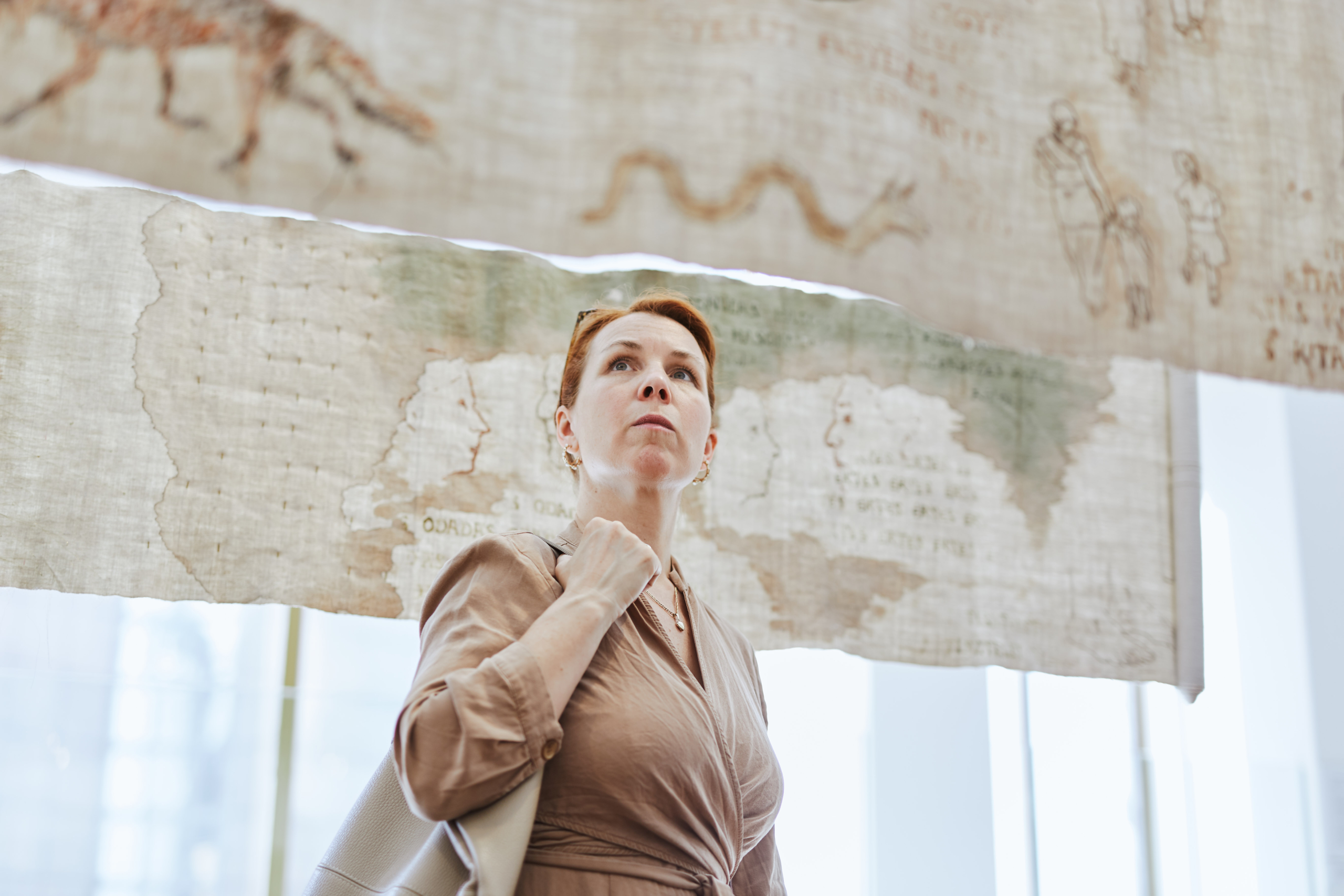 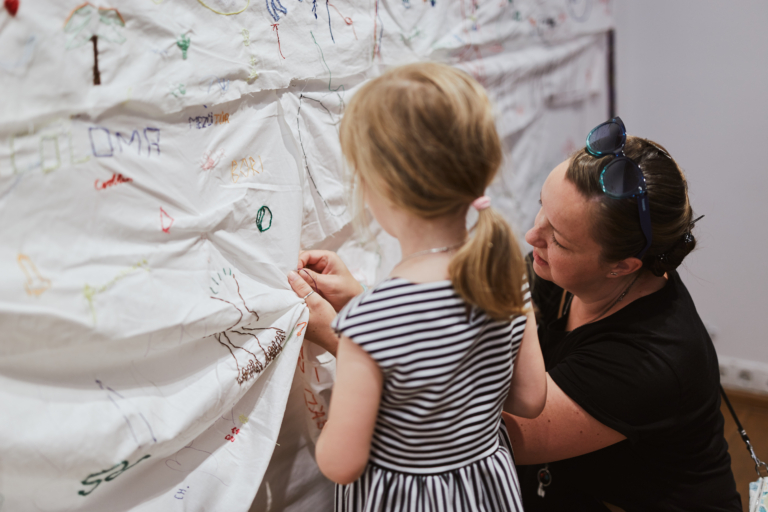 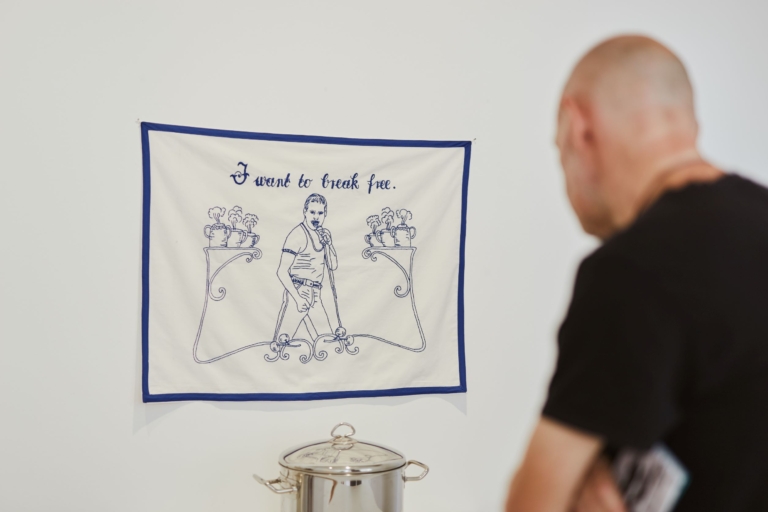 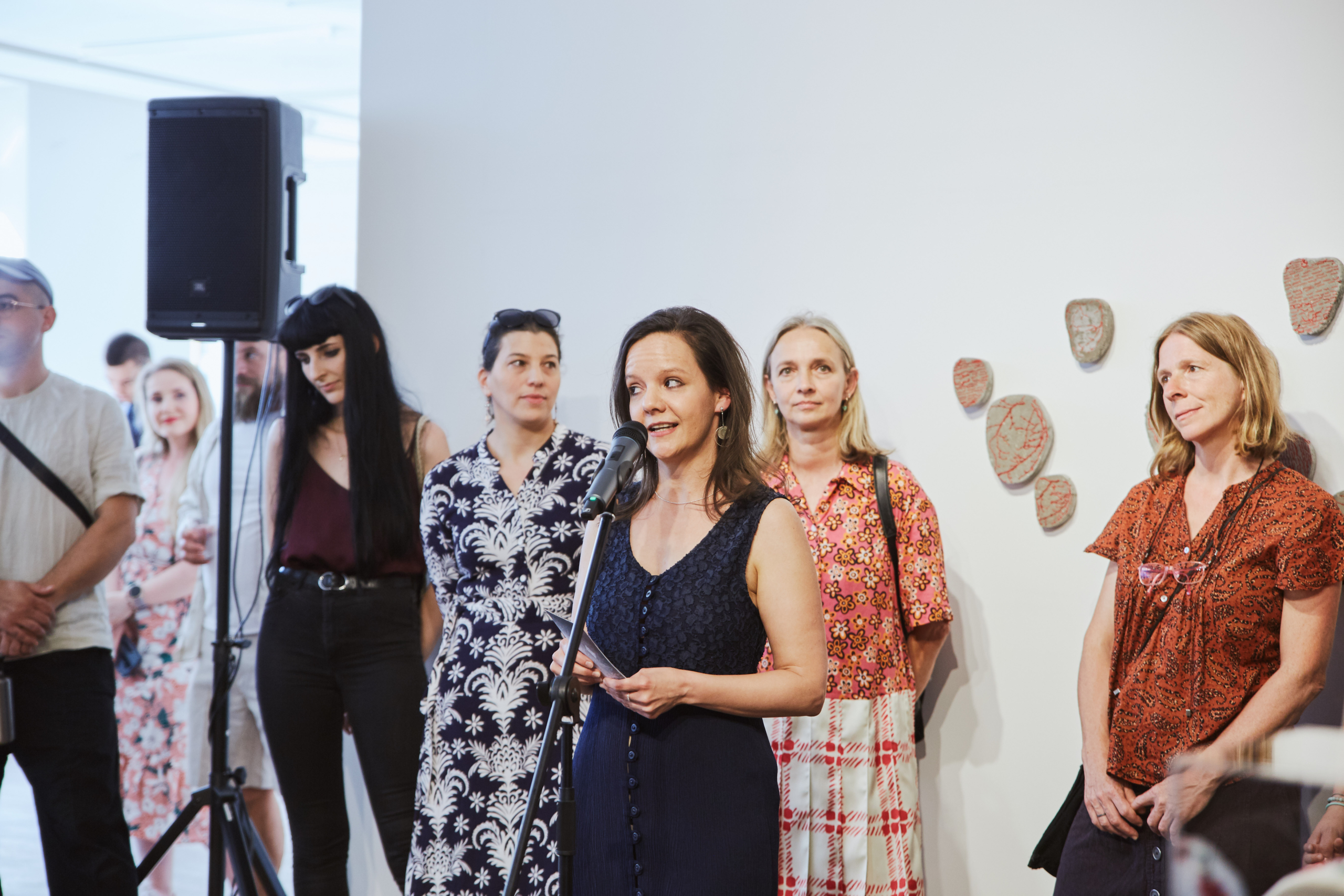 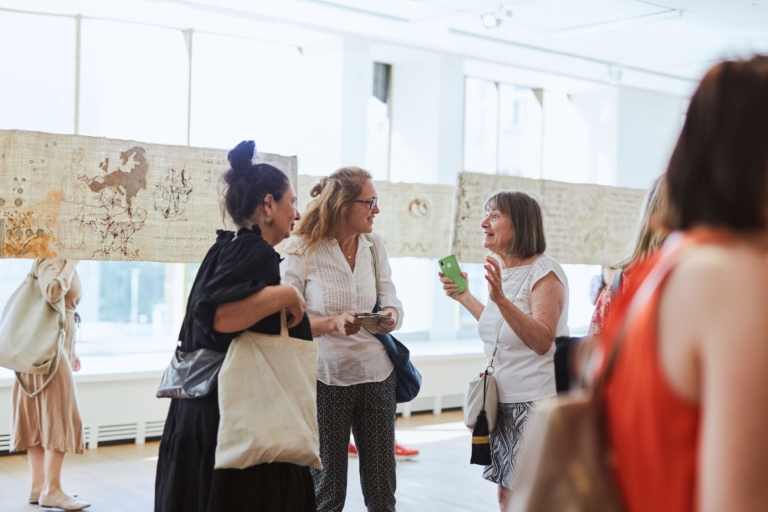 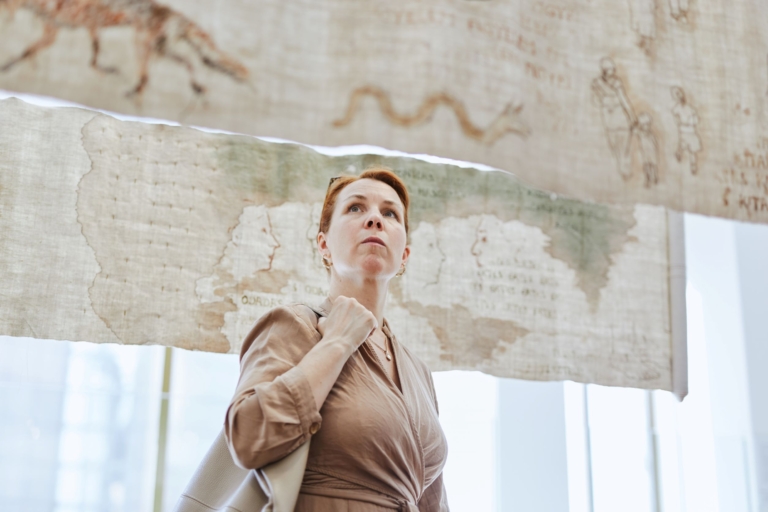 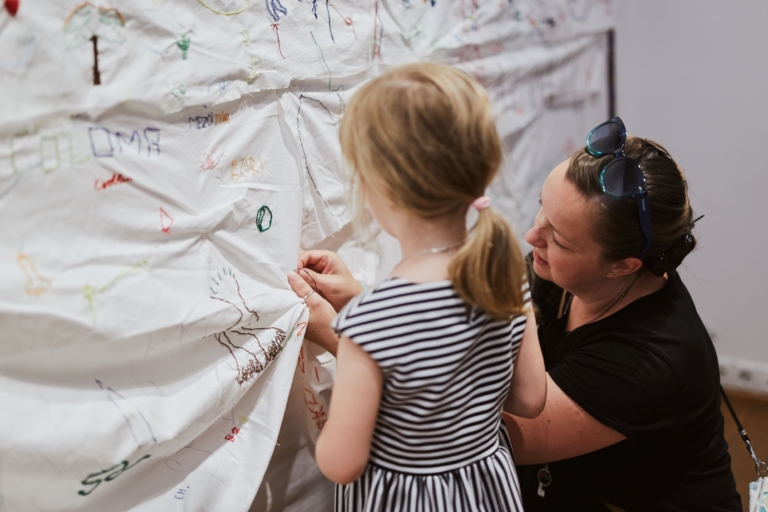 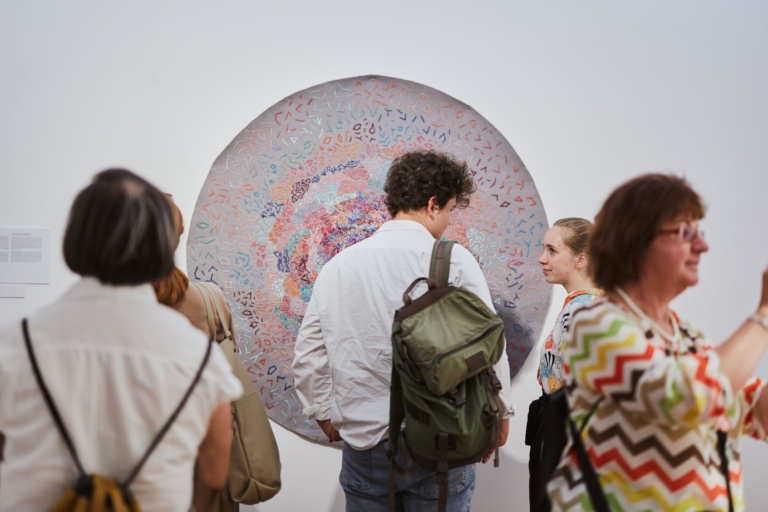 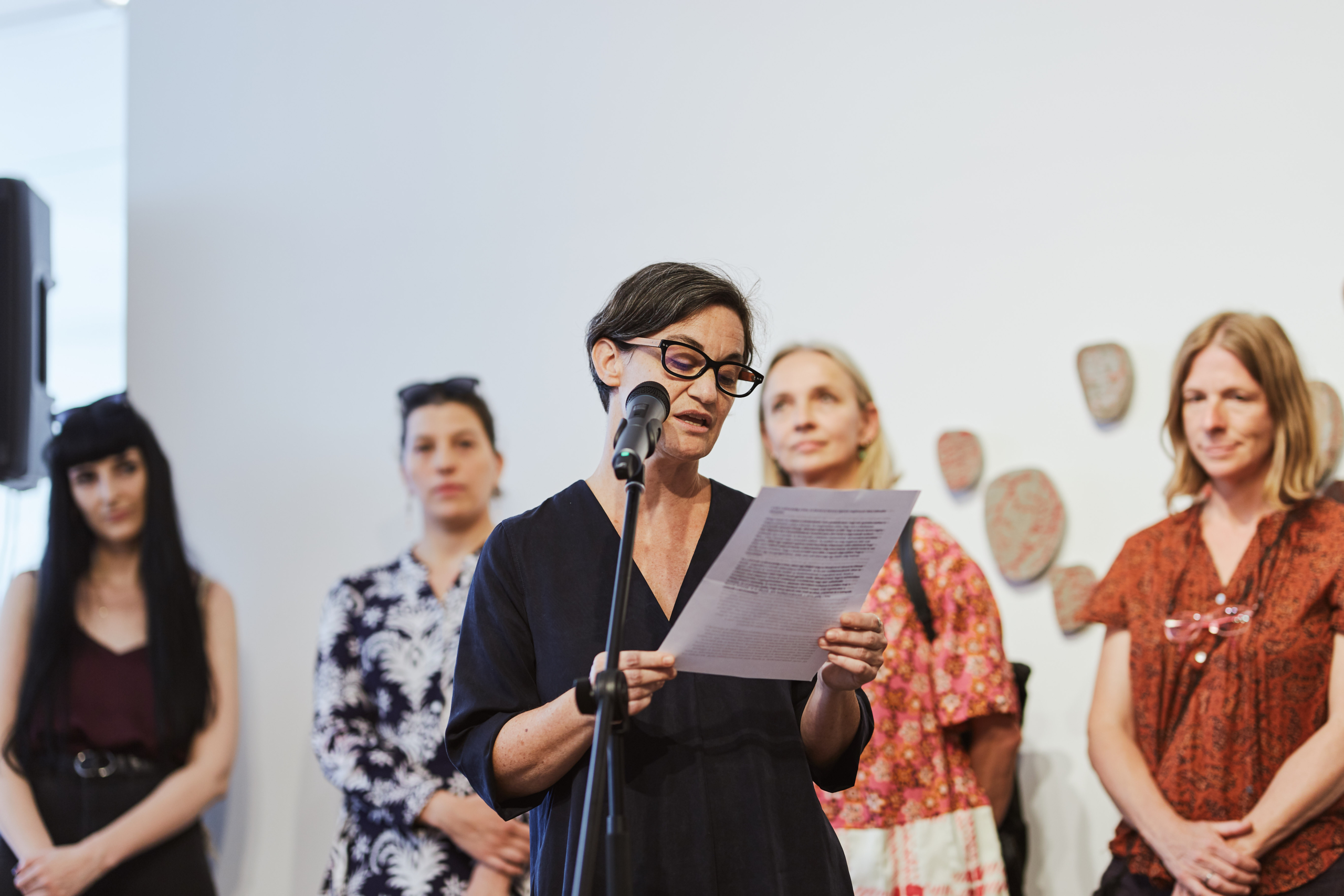 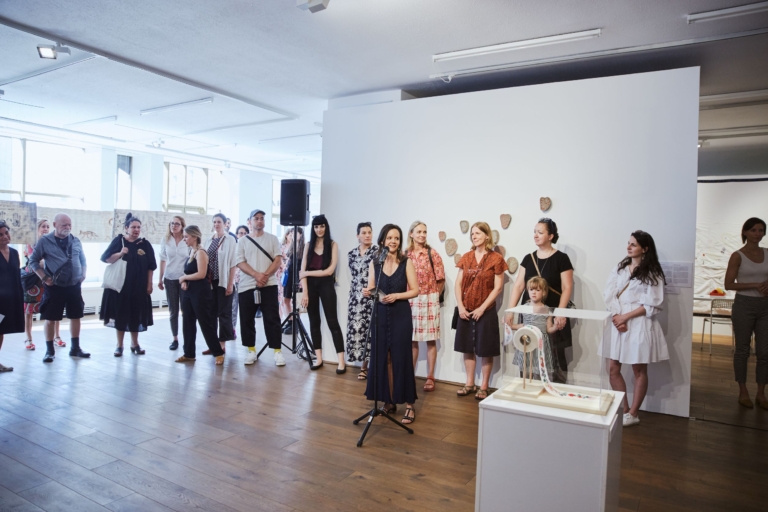 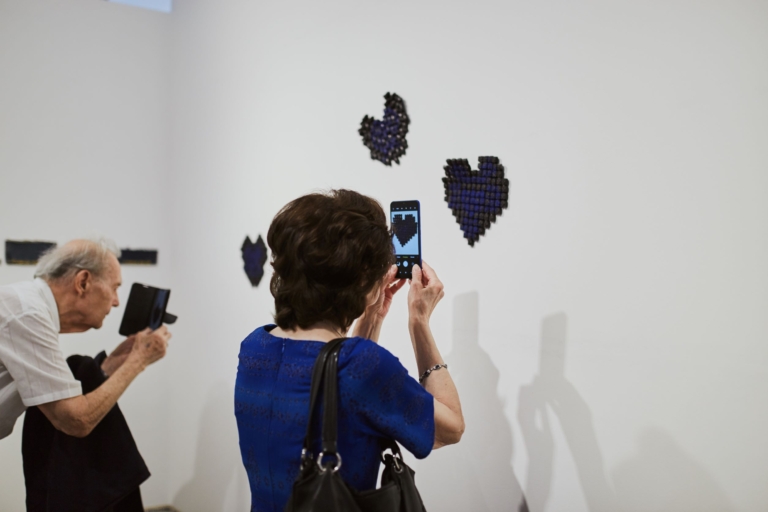 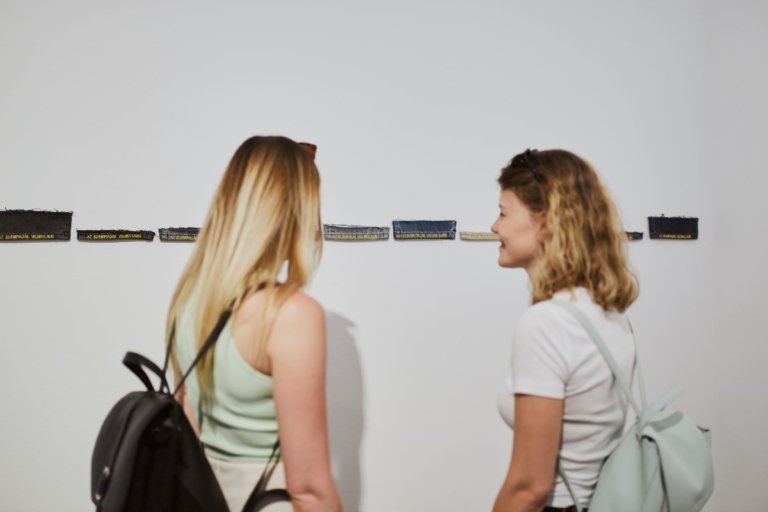 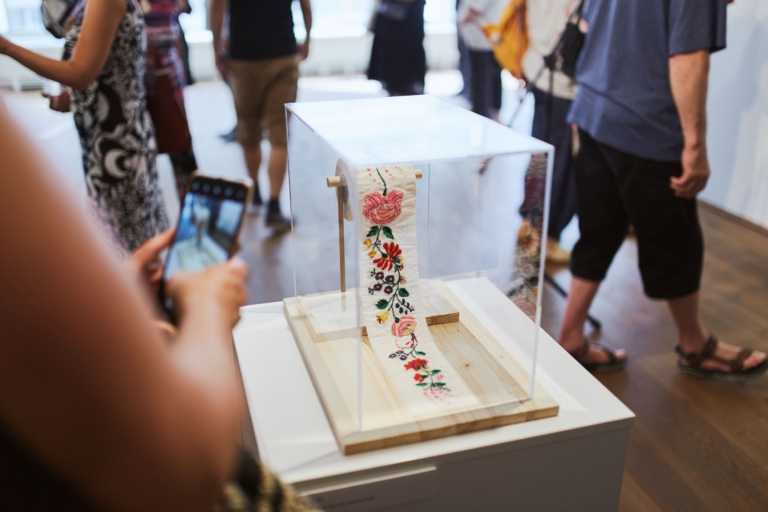 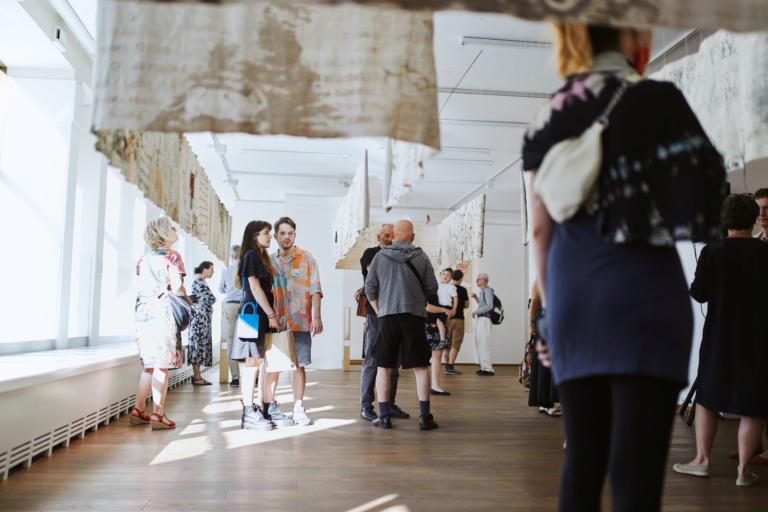 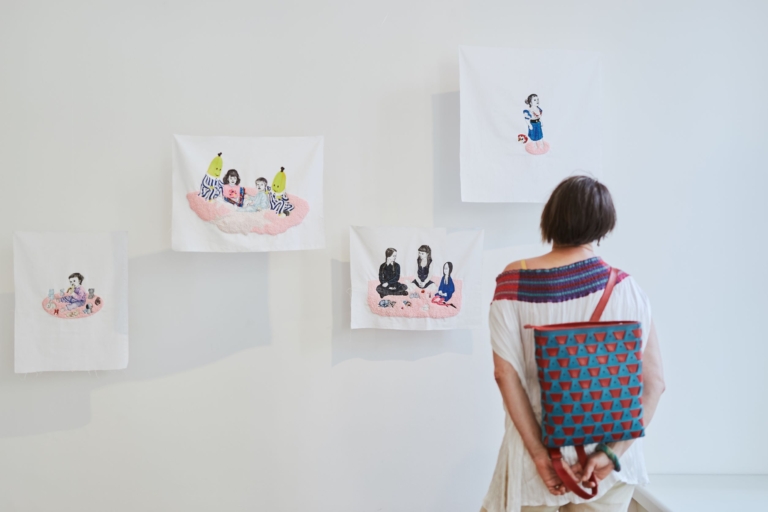 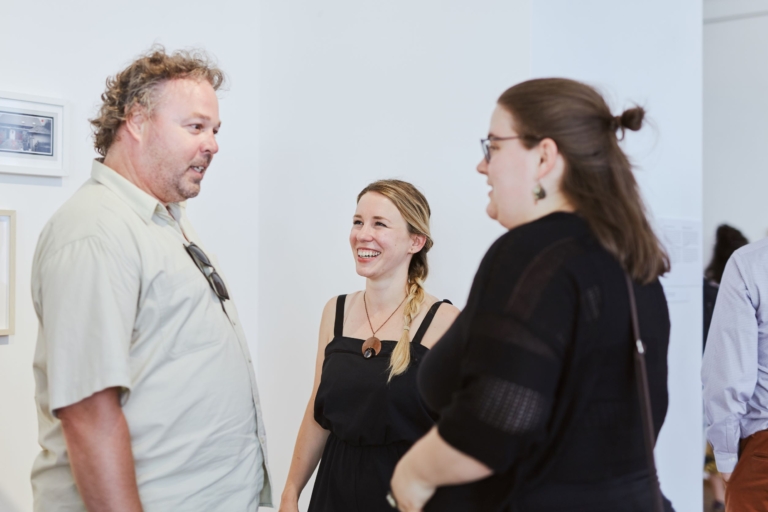