Fairy tales that endured calamitous years, wars, ravaging diseases, and starvation were written down. They were not dulled for children or ironed out to be politically correct by watchful “old women”. The stories were genuine; they were grim and harsh; they were like the times that gave rise to the tales. The forests were dark and dense, witches were evil and nasty, Death lurked in wait around every corner, and you were not allowed to be off your guard for a single second. The triumph of good did not come about easily, but even so, the sun shone then as well. Friendship, love, goodness, honesty, and thankfulness glinted like precious jewels, and evil got what it had coming. Such are the fairy tales of the Brothers Grimm; in this way, they have inspired artists and caused people to love them.

In Nordic countries, stories have always been told during the long, dark winter nights. So it has been in Estonia. And although Estonian children’s literature is living its own kind of golden age at the moment, artists rarely have the opportunity to illustrate classic fairy-tale books. Yet, nothing is impeding artists’ need for creativity, and so exhibitions are born – exhibitions, where visions and perceptions of fairy tales that have inspired the artists become reality, even though they will likely never be printed in books.

The 59 illustrations done by 20 Estonian artists at this exhibition have been inspired by the Brothers Grimm’s fairy tales – ones that have been the closest to the artists’ own hearts. The exhibition acquired a very multifaceted character starting with the artists, the youngest of which are just beginning their creative careers, and the oldest of which have managed to leave a noteworthy impression on Estonian art history in the years they have been active. Yet, as always with fairy tales: Each will find their own. The multi-layered pictures are unravelled as experience allows. Some take merely the uppermost layer, some the deepest and most secretive. It is certain that no one will be disappointed, and bright, light notes reassure the observer alongside the grimmer ones.

– Viive Noor, curator of the exhibition

Opening speech by: Viive Noor illustrator, curator of the exhibition

Due to the pandemic we must implement certain rules to ensure the safety of our visitors and staff.

Please pay attention to the following:

The exhibition was organized in cooperation with Estonian Children’s Literature Centre, Estonian Institute in Hungary, Cultural Endowment of Estonia. 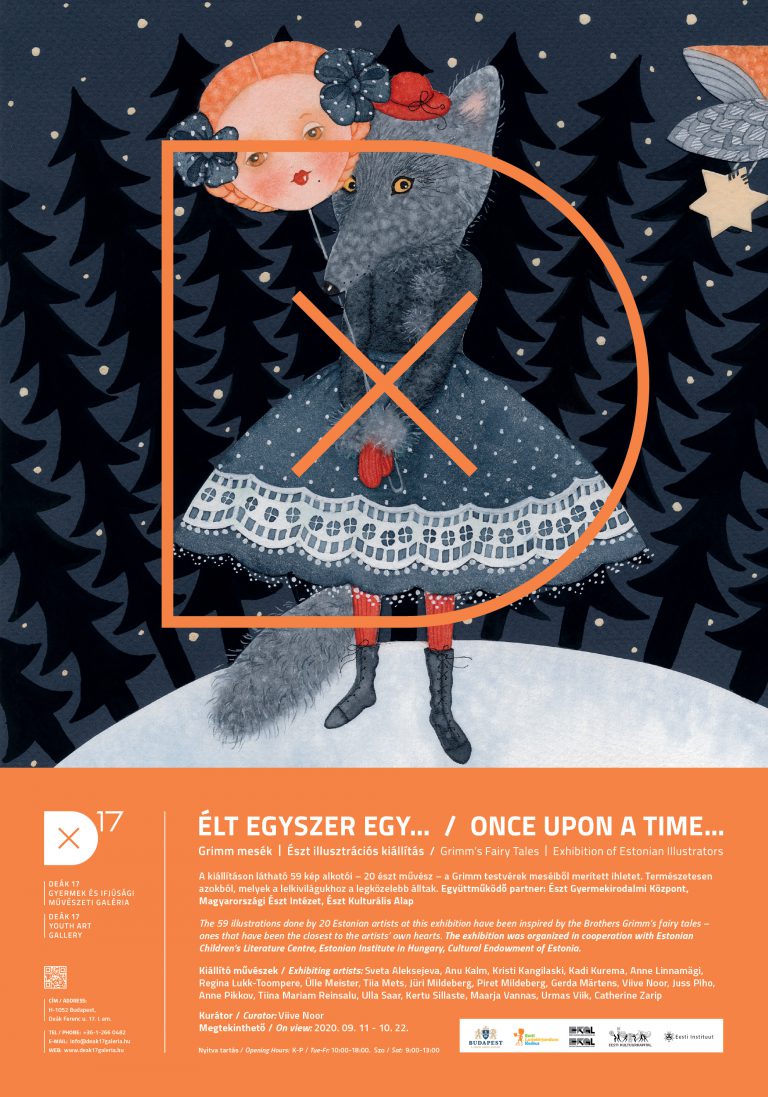 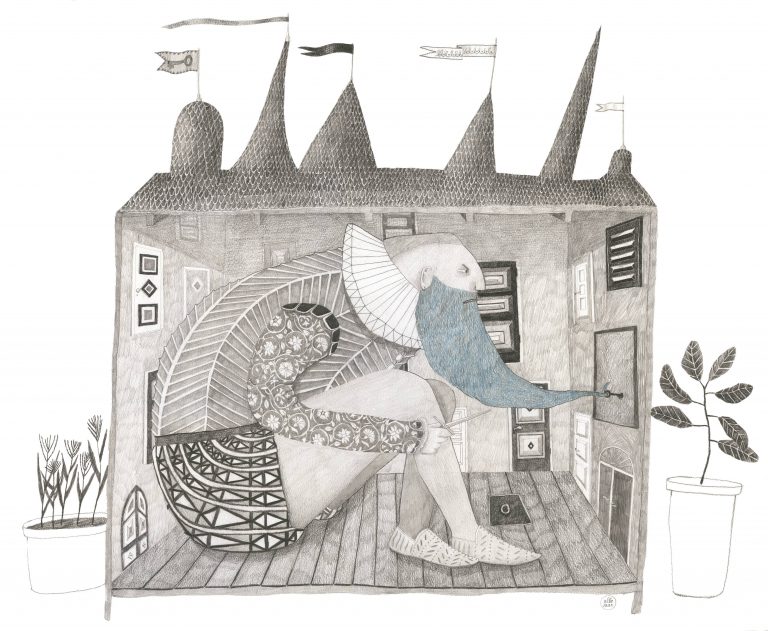 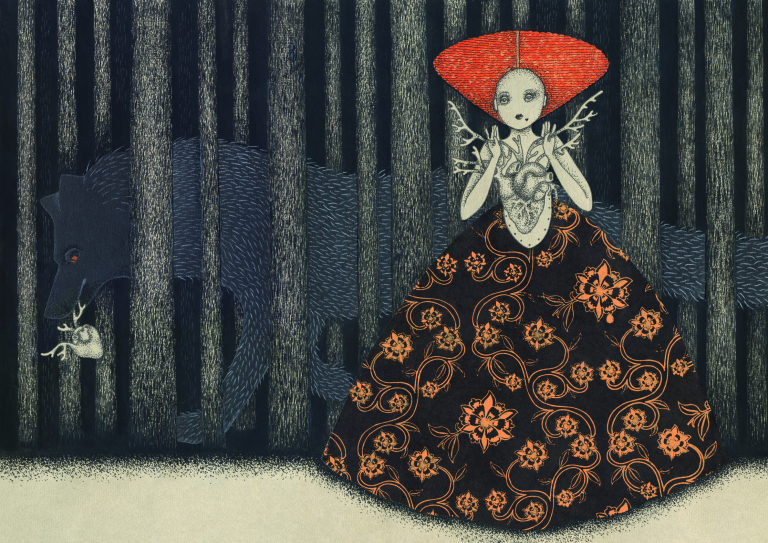 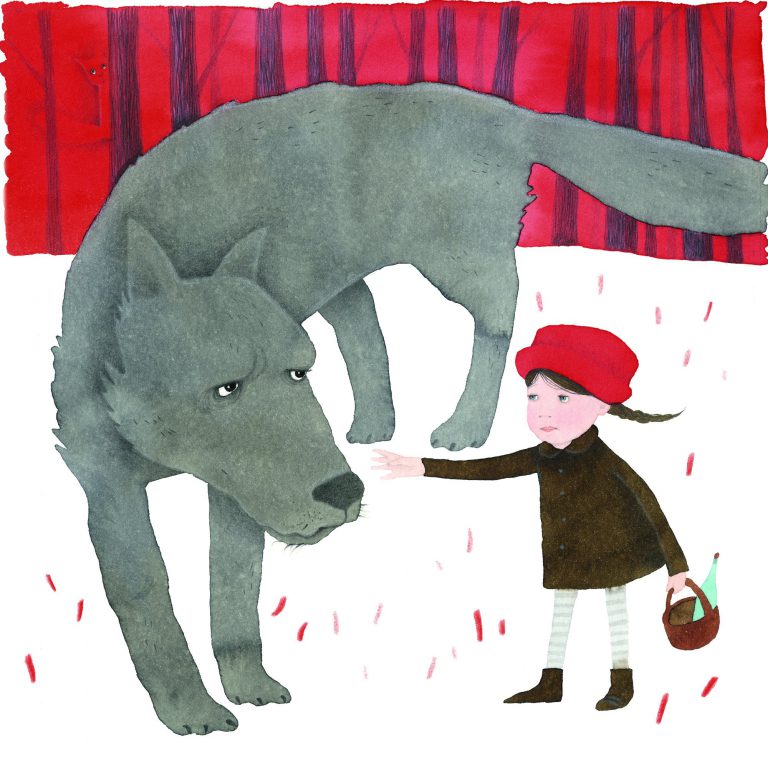 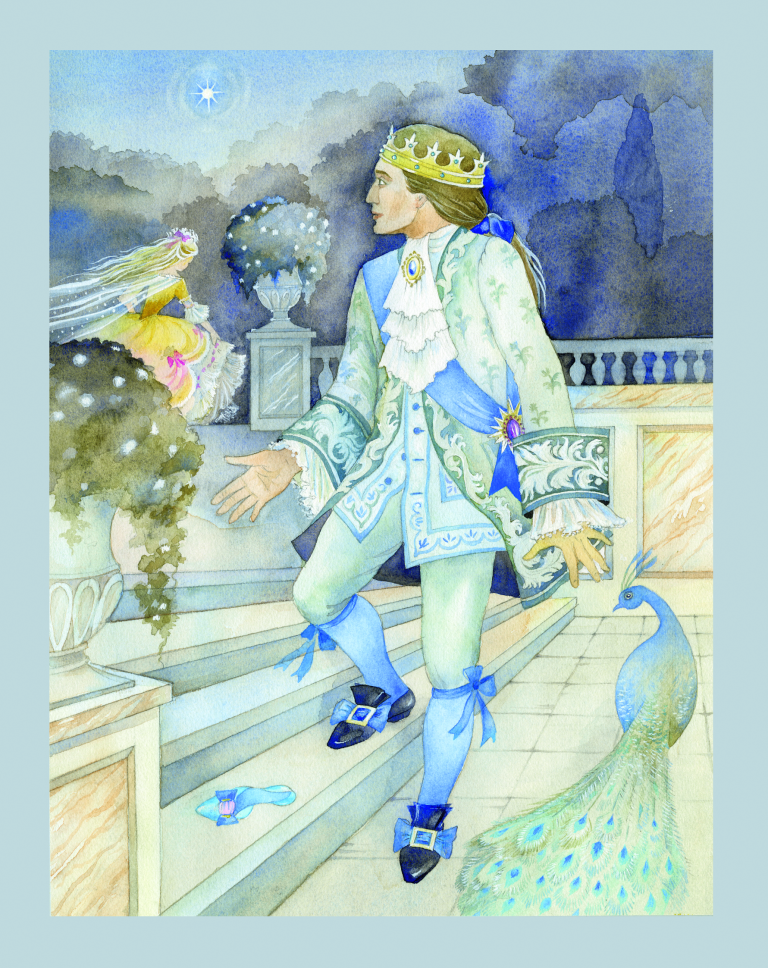 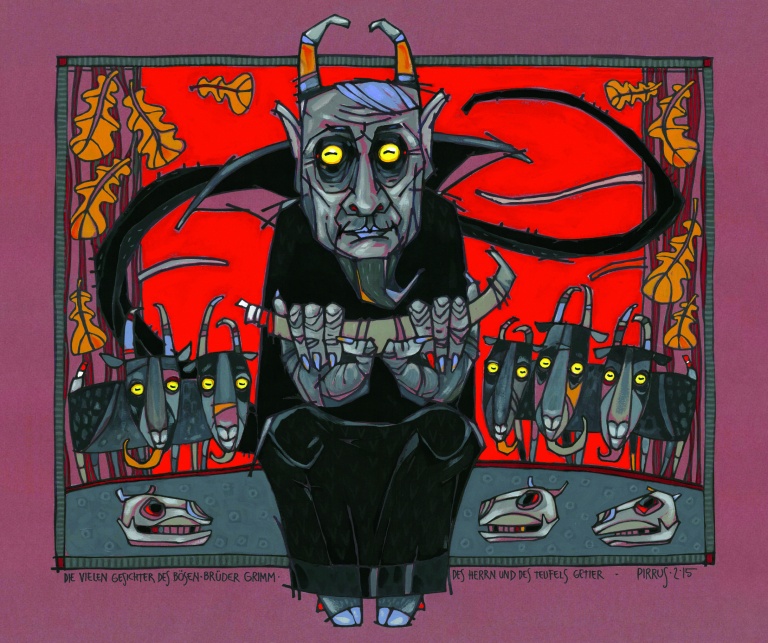 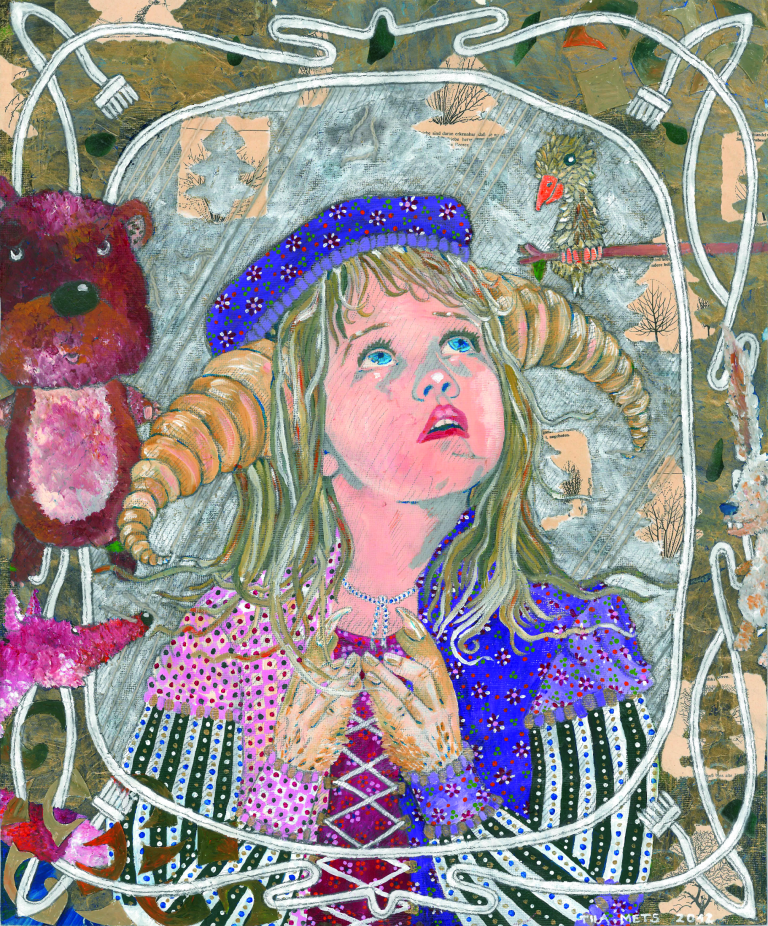 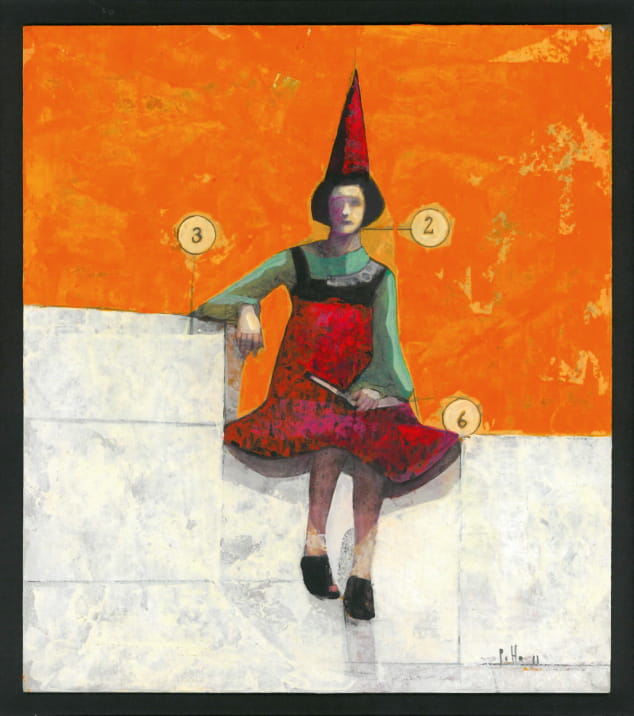 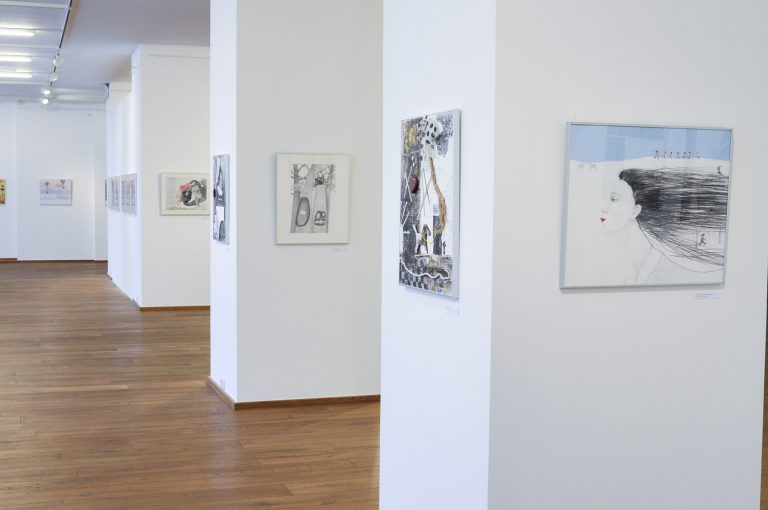 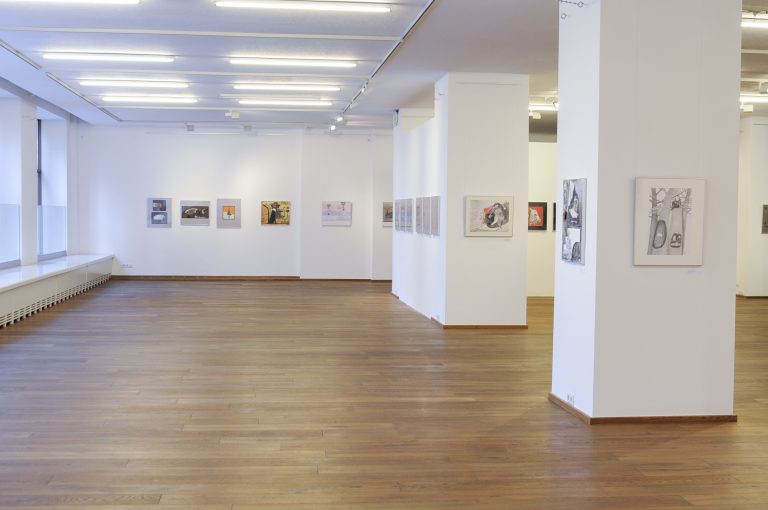 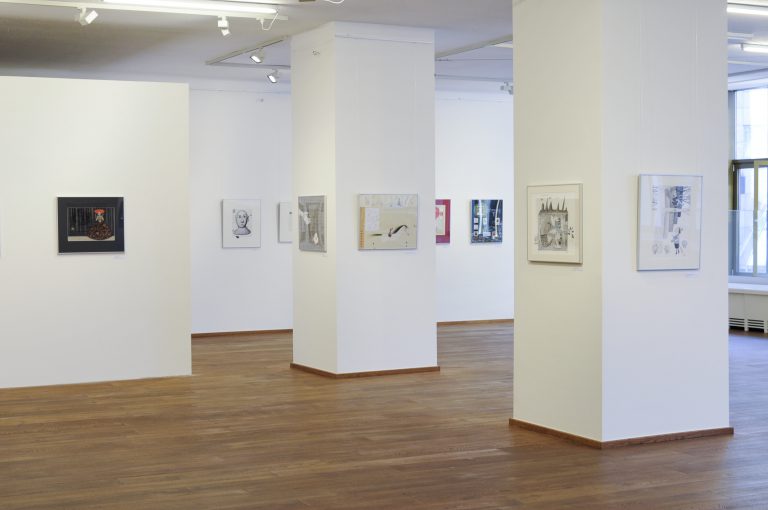 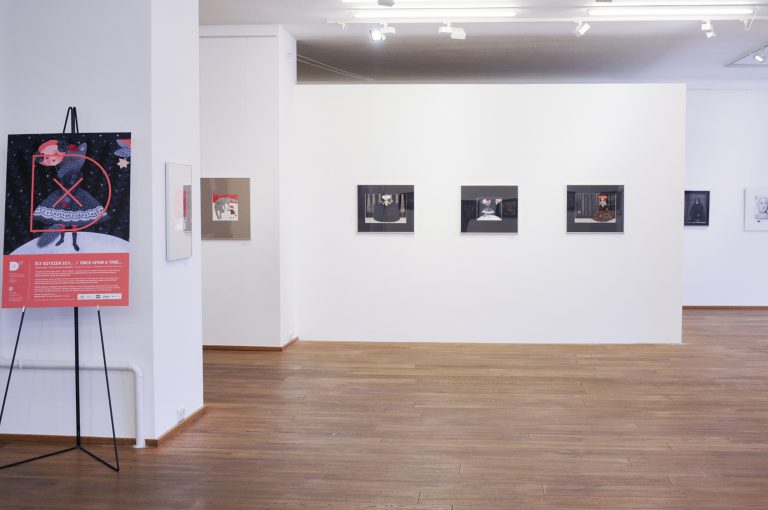 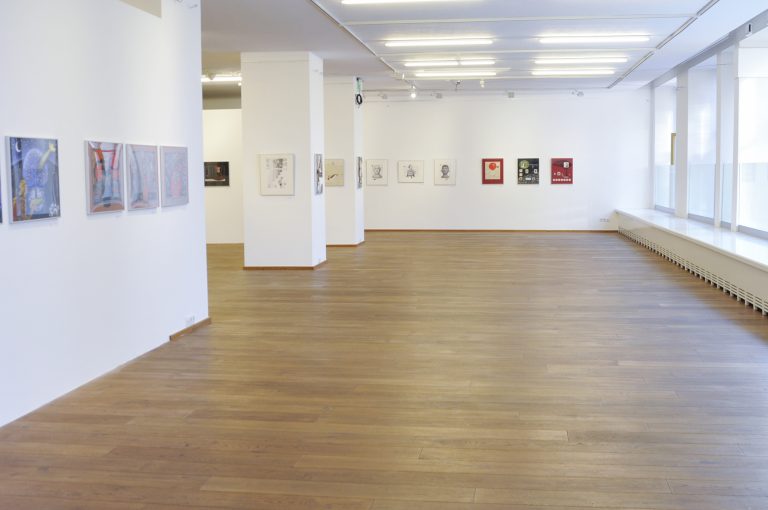 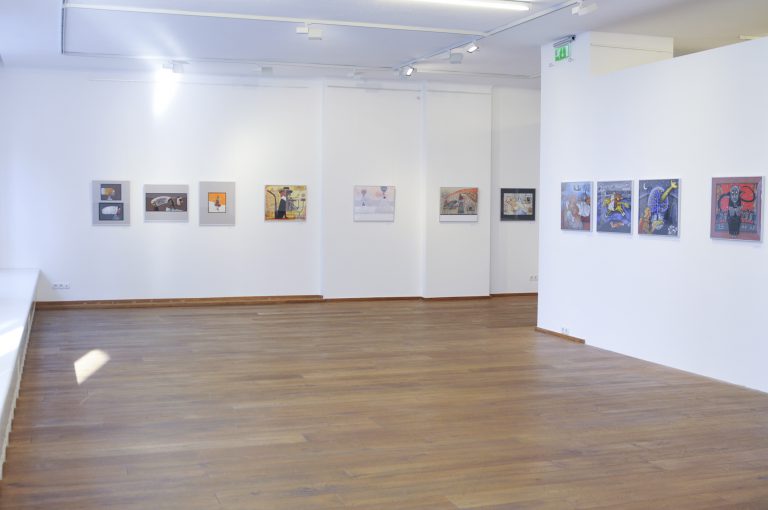